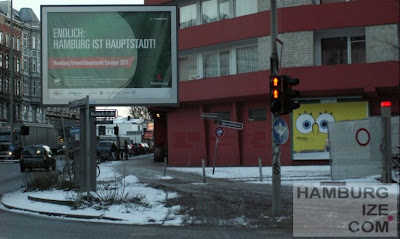 "Hamburg, the 2010 winner, has an excellent track record and is now achieving high environmental standards across the board. The city also has ambitious plans for the future, promising additional improvements."  The jury´s conclusion upon choosing Hamburg as European Green Capital.

Last week Hamburg started advertising on billboards for European Green Capital. The award has benn given also for promising improvements.

This month Hamburg promised to clean cycle tracks from snow and ice. 180 km of cycle tracks were announced to be cleaned. But cyclists were surprised: Only promises that were not carried out. 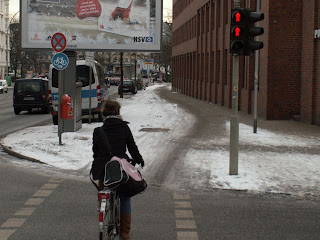